The goal of this post is to explain how to model a database into java pojo classes with EJB or JPA annotations using reverse engineering. We can use several tools such as MinuteProject or Mogwai ERDesignerNG. In this post we are going to use JBoss Tools plugins for Eclipse (Hibernate Tools). With this tool not only can you configure files using JPA and EJB annotations, but also other annotations such as OpenXava.

The following images are from a JBoss Tools 4.2.1 Final installed into an Eclipse Luna.

Firstly, you have to download JBoss Tools from here. As an example of database, we are to going to use Classic Models which can be downloaded from this page.

After installing JBoss Tools plugin and ClassModels database, the first thing you have to do is to create a new JPA project, because this code is going to be used, for example, in a OpenXava project, with JPA annotations and Hibernate 4.3. 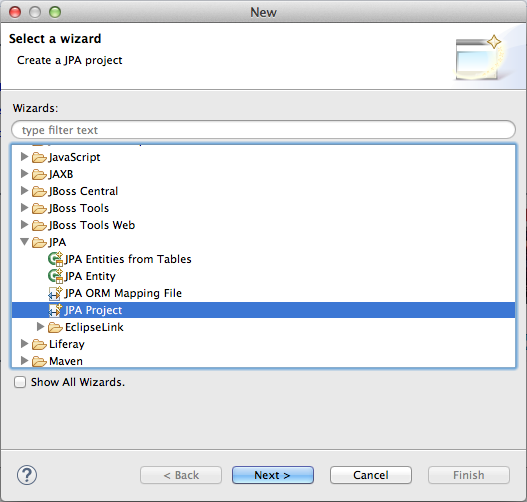 The name of our project is ClassicModels, running in a Java SE 1.8 and JPA 2.1. 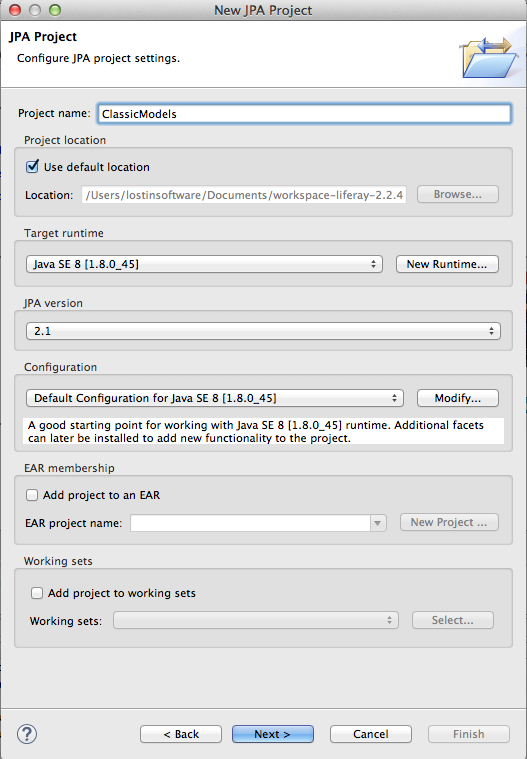 In this project we do not use other target runtimes, such as Apache Tomcat v7, because the code of this project is going to be copied to an OpenXava project, where all the libraries needed, such as JPA, database libraries and so on, are already configured.

Then you click on Next button twice an complete the following page. 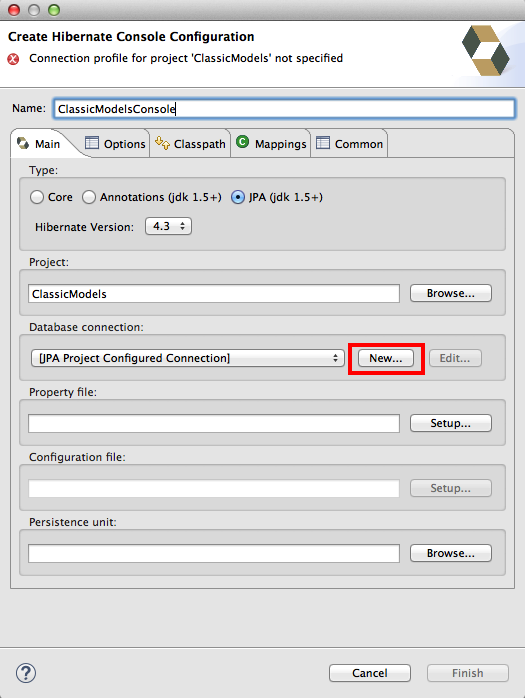 you have to click on New… button in order to create the connection to ClassicModels database. 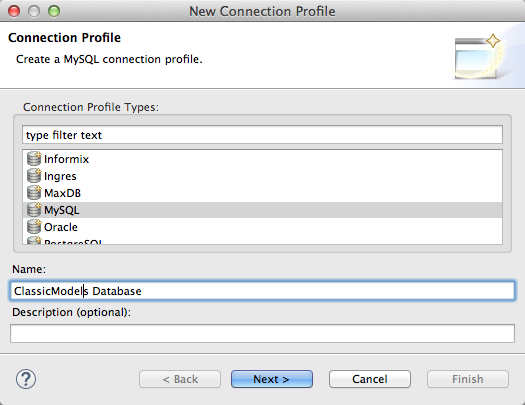 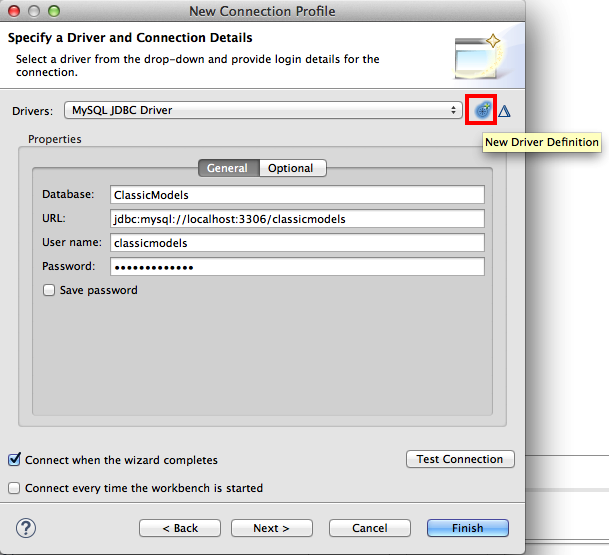 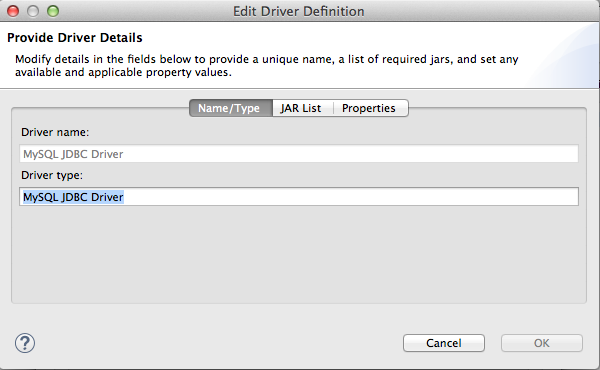 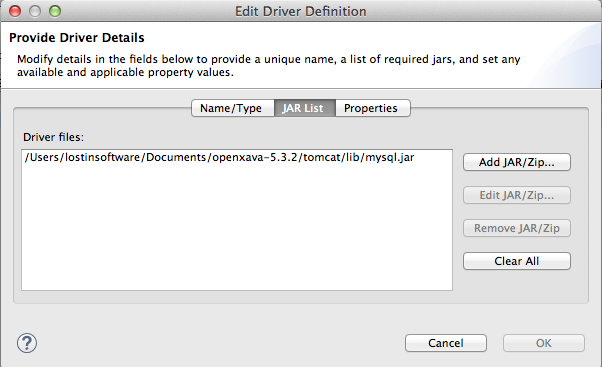 The summary of the new connection profile is 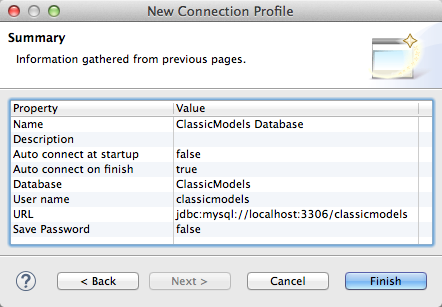 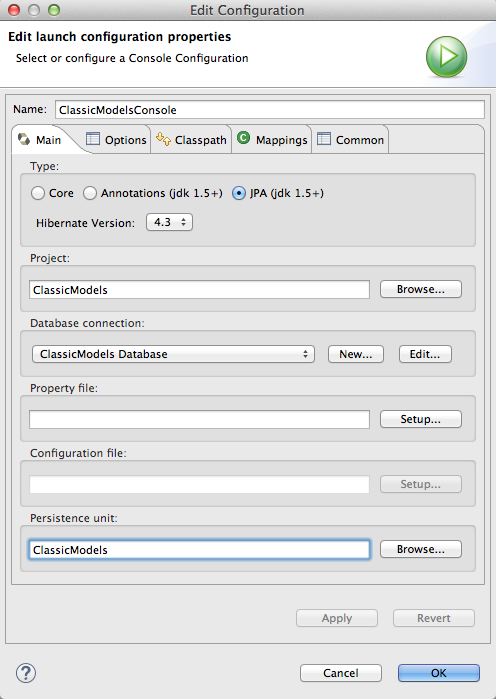 Now you can open Database node in the Hibernate Configurations view. 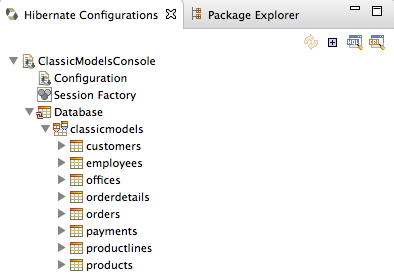 The next step is to built a new Hibernate Reverse Engineering File. 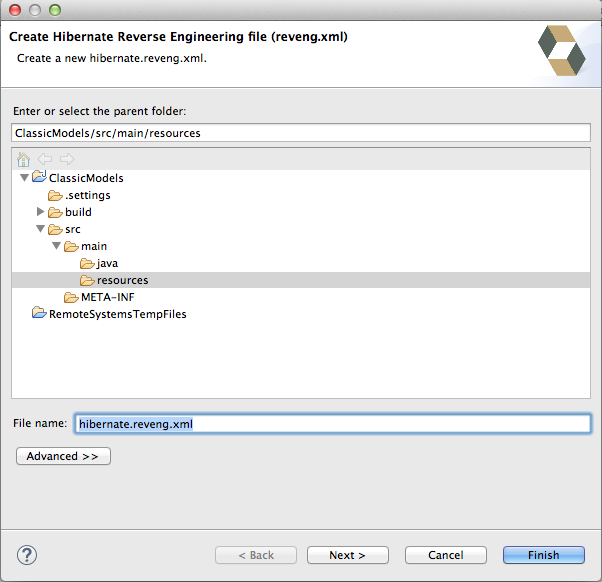 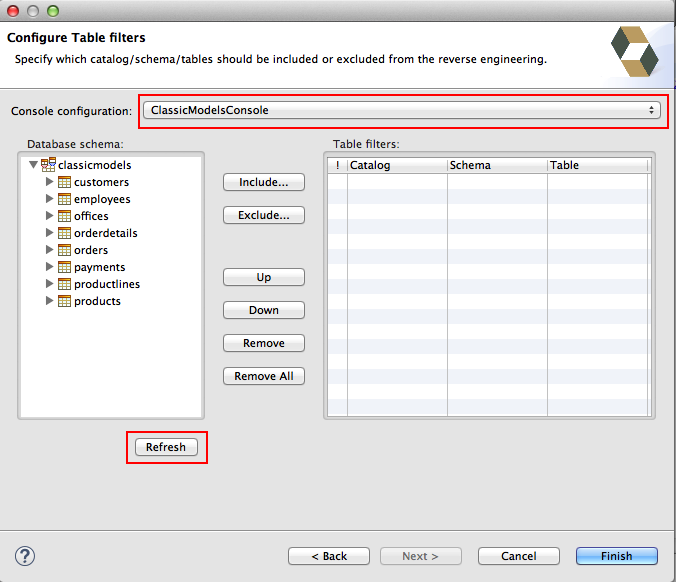 After selecting Console configuration, you have to click on Refresh button in order to open the database schema. Then click on Finish.

At the moment, you leave the new file empty.

This button is only found in Hibernate perspective, unless you have explicitly configure your favourite perspective.

Complete the next page: 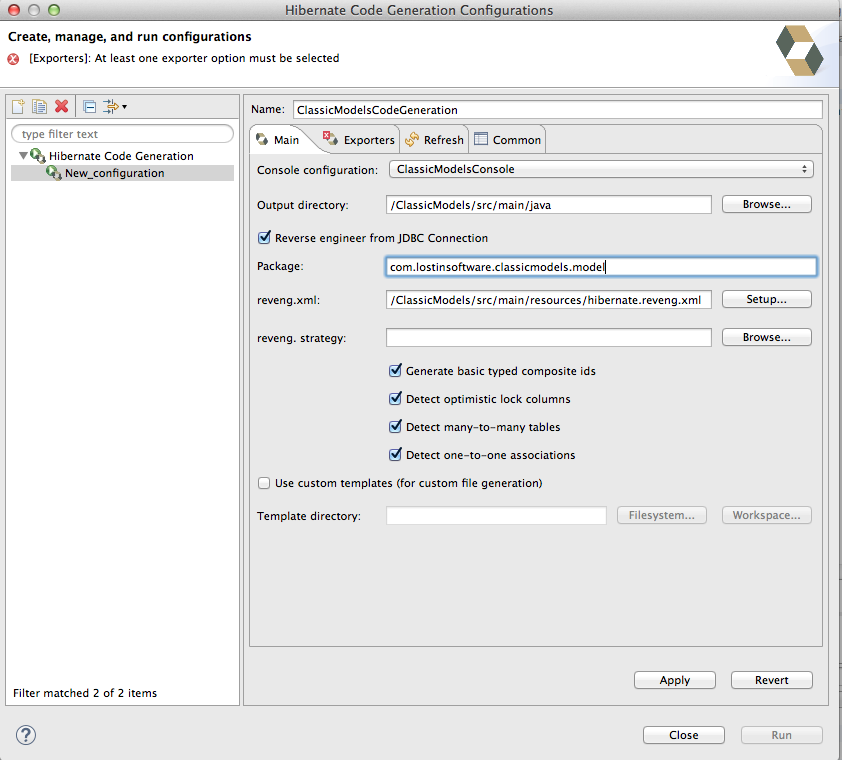 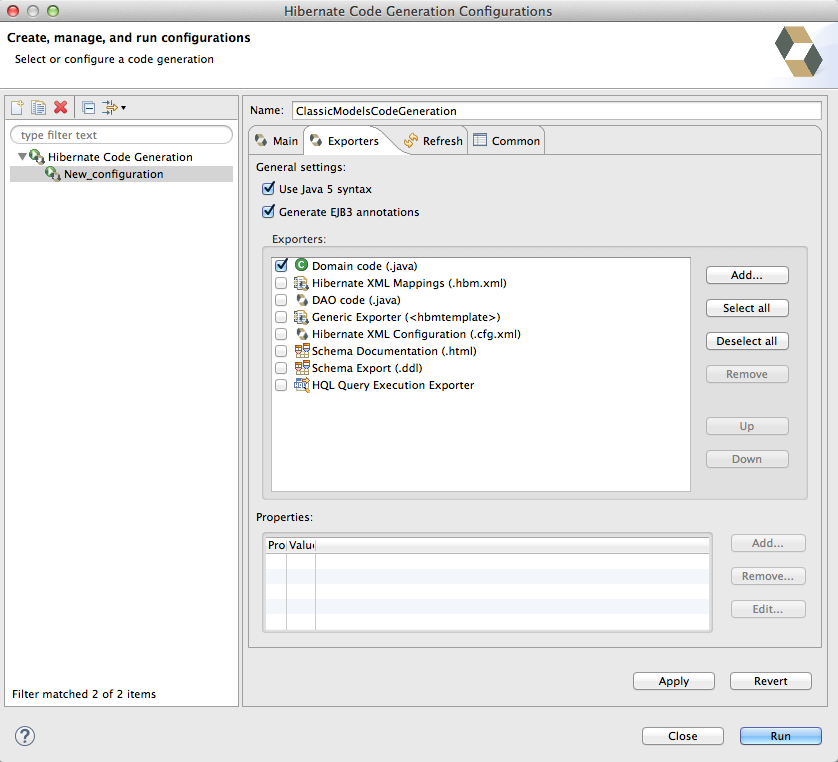 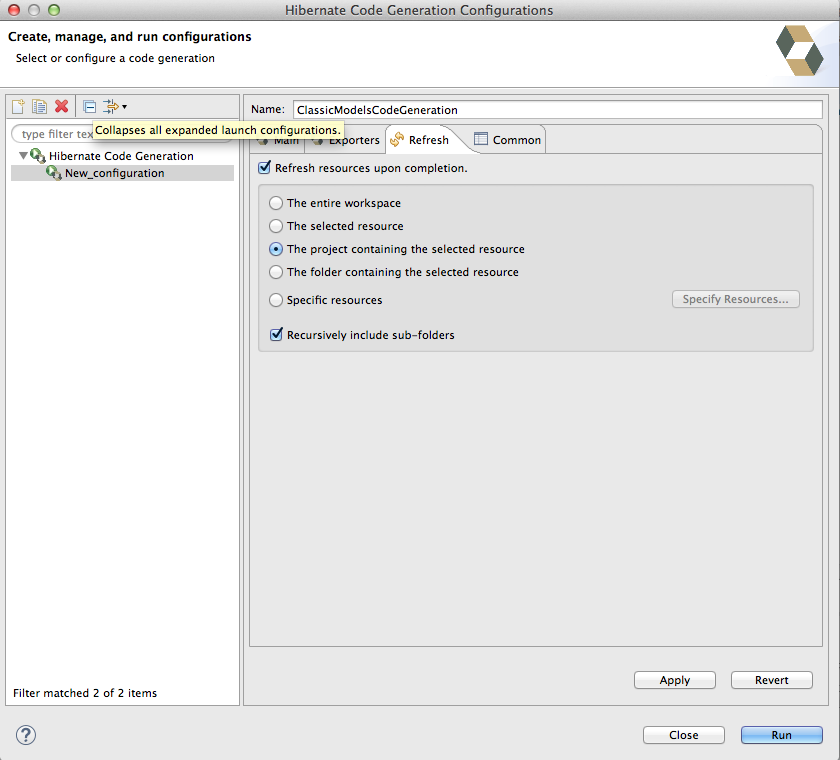 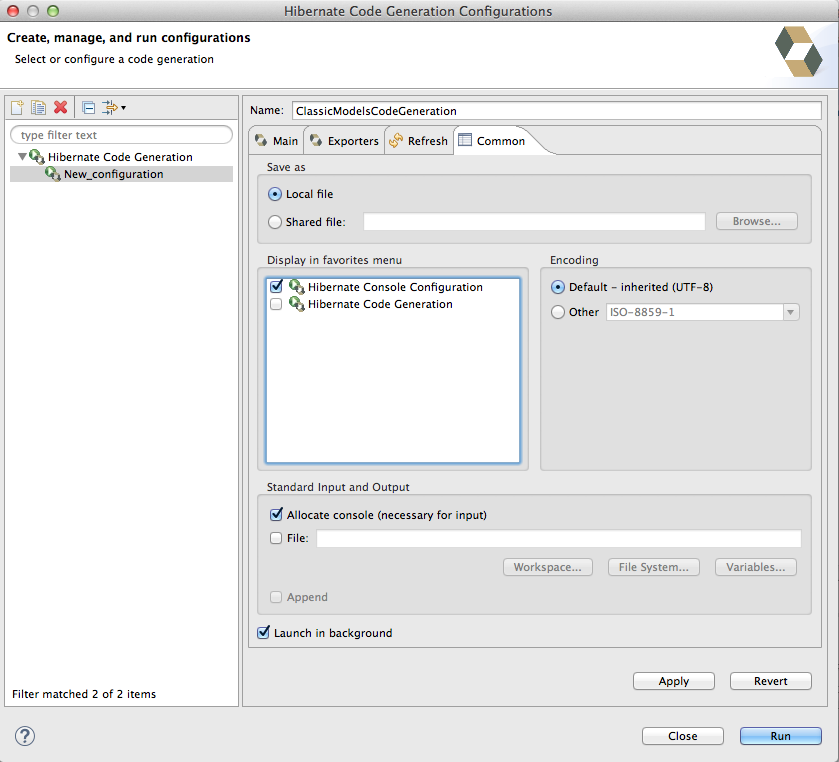 You can now see all the new classes: 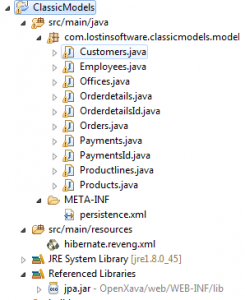 So far you have left hibernate.reveng.xml practically empty. You can modify this file using the reveng.xml wizard and associated editor. These tools allow you to tweak many aspects for controlling the reverse engineering.

However, in some cases, you can want to add special annotations, or to change e.g. fetch type, instead of LAZY, you want EAGER. For these cases, reveng.xml is not enough and you have to use freemarker templates.

As an example, you want that in Classic Models the column image of the table Productlines to be shown as an image, and the relation between Productlines and Products must be EAGER instead of LAZY.

In short, you want that the automatic code generated in Productlines.java

must be converted to

First of all, you have to extract to a folder files with extension .flt (freemarker) from the file hibernate-tools.jar located in the plugins directory of your Eclipse. In my case, this file is at

Extract these file under resources folder of the ClassicModels project. 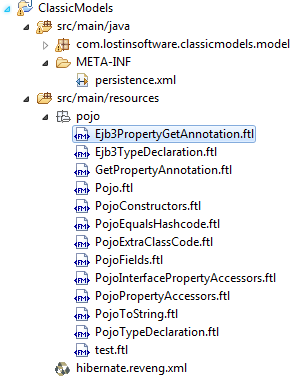 Next you have to configure your ClassicModelsCodeGeneration for using custom templates. 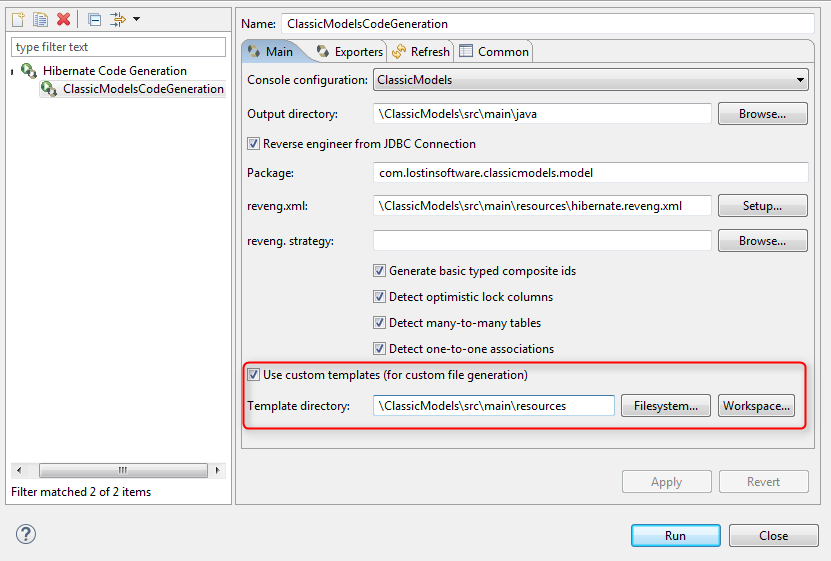 Then you have to edit Ejb3PropertyGetAnnotation.ftl in order to add @Stereotype and to change FetchType.

You will also have to edit hibernate.renveng.xml to add the new import that are needed for @Stereotype and for the relation.

For sake of simplicity, in this blog we have only used @Stereotype annotation, but, obviously, we could have used other annotations such as @View, @Tab and son on.

You can get more information at http://docs.jboss.org/tools/latest/en/hibernatetools/html/index.html

P.S. You can get the example of this blog post from Github.